Each year, millions of dogs are abandoned. One woman captured this terrible scene on film in Texas.
According to Newsweek, the event occurred while Joy Dominguez was running errands in Horizon City, Texas. But this ordinary occurrence took a horrific turn when the Texas woman spotted an abandoned husky on the road.
The dog initially appeared to believe he was going for a walk with his owner, who assisted him out of the car. However, the dog’s excitement immediately changed to uncertainty when his master re-entered the vehicle, closed the door, and drove away.
The husky began rushing after the vehicle, but the dog’s desperation was ineffective in convincing the drivers to halt. As the dog’s perplexity transformed into panic, these evil individuals sped up. Thankfully, Dominguez photographed the entire event. 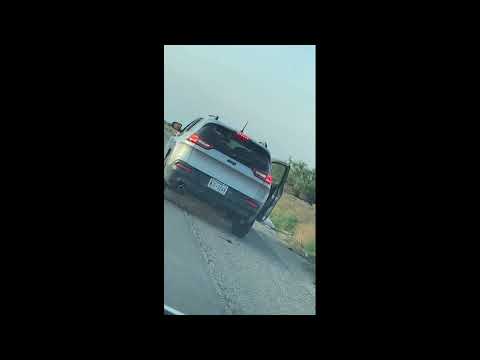 The woman provided her video to local media, which broadcast it and caused it to swiftly become viral. Currently, the husky has been adopted by a family that saw his terrible story on the television barely 24 hours after his previous owners abandoned him on the side of the road.

Maddie Clappsaddle told KVIA ABC-7, “When I viewed the video and saw him running after the car, it made my heart feel like it had been destroyed.”

“However, now that he is joyful and running around, I feel quite happy and excited.”

According to the station, the young girl and her brother named their new dog Nanook after watching the 1987 film Lost Boys.

The abandoned dog was also examined by a veterinarian, who determined that Nanook is healthy and had no injuries during his ordeal.

Now, the El Paso County Sheriff’s Office is scrambling to discover Nanook’s original owners, who might be punished with animal cruelty for this egregious conduct.

The agency posted on Facebook, “These crimes against our voiceless animal victims are taken seriously, and we actively endeavor to hold suspects accountable for these horrible acts.” The former owners of the dog could face a Class A misdemeanor charge, a $4,000 fine, and up to a year in jail, according to Newsweek.

The El Paso Times reports that police have already arrested one suspect in relation to this event.

Discover more about Nanook’s happy ending in the next video.

READ:
How are human emotions different from animals? What it's like to be a dog

Is Popcorn Safe For Cats And Dogs?

How To Choose A Boarding Kennel

Why do dogs dig on couches? Top 7 best strongest dog beds for Chewers