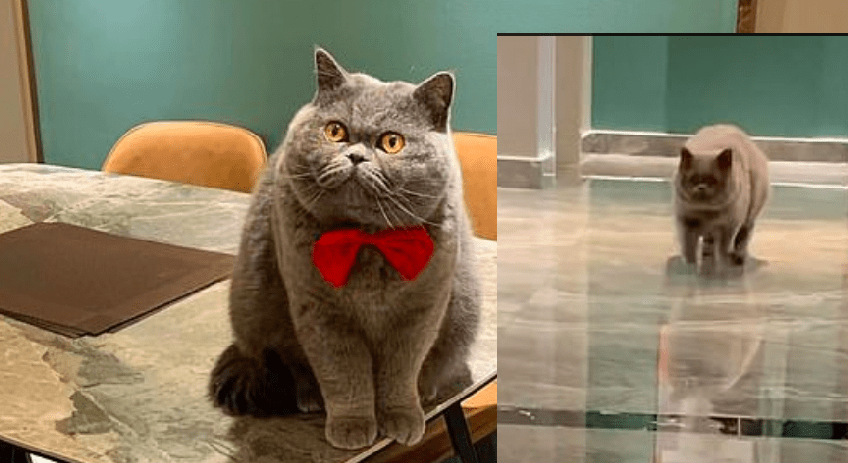 Fu Fu,  a family pet cat, has gone viral in China after apparently crying into a surveillance camera while being left home alone during a vacation.

Two-year-old British shorthair Fu Fu reportedly cried when he heard his owner calling his name over the home monitor, his owner said.

The animal’s guardian, Ms. Meng, said she checked on the cat via a monitoring app on her phone when she saw the “heartbreaking” scene.
A pet cat has gone viral in China after appearing to cry into a surveillance camera while home alone during a vacation.

Two-year-old British shorthair Fu Fu reportedly cried when he heard his owner calling his name over the home monitor, his owner said.

The animal’s guardian, Ms. Meng, said she checked on the cat via a monitoring app on her phone when she saw the “heartbreaking” scene.

The CCTV clip was shot on the night of Feb. 8 in the eastern Chinese city of Xuzhou after Ms. Meng went to her parent’s home in a nearby town to celebrate the new lunar year. 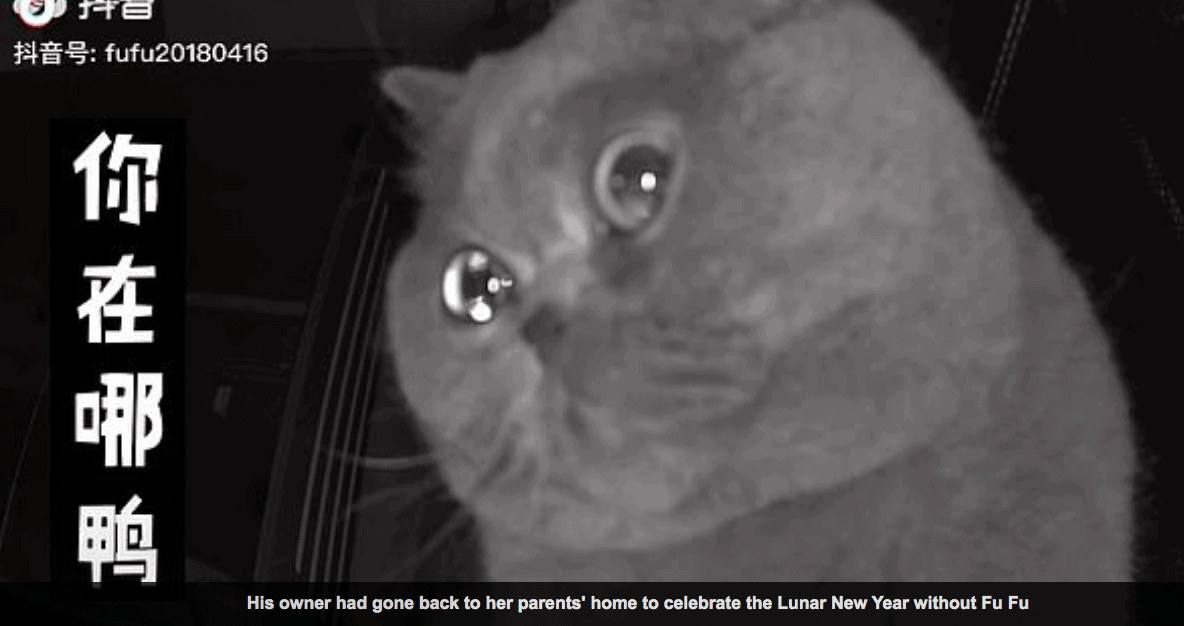 The 17-second video, which has received more than 8 million “likes,” has brought Fu Fu to social media attention and made him known as the “cat left behind.”

READ:   Quit Hounding Birds: How to Stop Your Dog From Chasing Birds

Ms. Meng told MailOnline she decided not to bring Fu Fu because he would not get used to her parents’ home.

She described Fu Fu as shy and affectionate, adding that the pet enjoys spending time with her.

To ensure Fu Fu’s well-being, Ms. Meng had arranged enough food and water for him before her trip and regularly watched surveillance videos.

The trending video shows Fu Fu purring with tears in his eyes, after Ms. Meng called his name “Fu Fu” over the monitor.

Ms. Meng can be heard saying “Miss me” and “I’ll be back in a few days” in the clip.

As Ms. Meng’s voice plays, Fu Fu turns to look at the door before turning back to touch the camera with his paw.

“I felt broken when I saw that,” Ms. Meng confessed. She said she eventually cut short her trip to return to Fu Fu.

“I had planned to stay with my parents for a week, but we all returned to Xuzhou early,” she noted.

Crying eyes in cats can be signs of illness, such as eye infections or blocked tear ducts. But Ms. Meng insisted that Fu Fu was perfectly healthy. She claimed that Fu Fu often had tears in his eyes when he was anxious or hungry.

READ:   What Is The Cutest Thing You've Ever Seen a Dog do? 10 Cutest Dogs

Fu Fu’s “crying” video attracted more than 250,000 comments on Douyin as web users gathered to show their affection for the cat.

One fan wrote, “My heart melted when I saw Fu Fu’s eyes.”

Another viewer said, “I feel so sorry for him.”

Dog Breeds: How to Choose a Pet For Your Family?