by Dogs Vets
in Dogs Care
0

How much do beagles cost

From where do beagles come?

Facts You Must Know About American Micro Bullies

Although there is evidence of Beagles dating back to 400 B.C. in Greece, their popularity increased in the mid-1800s along with the spread of hare hunting for sport, packs of skilled Scenthound Beagles in tow. Beagles were brought to the U.S. by English settlers and mixed with local scenthounds to create the smaller “American” foxhound-looking beagle we have today. before the end of this post, you find out how much do beagles cost in the market today.

How many types of beagles are there?

The AKC recognizes two types: 13-inch beagles and 15-inch beagles. Unofficially, there are many mentions of English Beagles and North American Beagles, with the former tending to be larger.

What breeds of dogs are mixed with beagles?

What colors do beagles come in?

How much shed beagles?

Beagles are moderate shedding, but their hair is short and light. Nothing that regular brushing can’t calm down!

Do you need to groom a beagle?

Beagles don’t require much grooming. Their short, smooth coat is easy to keep clean and easy to dry thanks to its waterproof nature.

How much do Beagles bark?

Beagles love their own voices, but are not prone to annoying barking or happiness. However, as with any dog, they can be discouraged from barking as frequently with proper training and exercise.

Are beagles good with Kids?

Beagles are known to be excellent playmates for children, thanks to their patient temperament and love of play.
As with any breed, it is recommended that your child is always supervised when interacting with your Beagle to ensure the safety of both child and dog.

Beagles are outgoing, loving dogs with an even keel and are a very popular choice for a family dog. They get along well with other dogs and love physical activity. A family with a preference for nature and physical activity is the best fit for this breed.

Can beagles be good with cats?

Beagles usually get along well with all animals and are friendly to everything they meet. Their hunting instinct may show in chasing the cat, but not all Beagles show this instinct with cats. Of course, every dog (and cat) has their own preferences and temperament, but you can be pretty sure that if your Beagle is properly socialized with your cat and/or introduced at a young age, they will get along just fine.

Are beagles dogs easy to train?

Beagles are loving and friendly, but they were also bred to work independently, which can make them a challenge to train. Patience, happy reinforcement and motivation are key when training Beagles to be obedient. It’s also important not to let go of your Beagle, as they were bred to follow their nose above all else.

Do beagles have a lot of health problems?

Beagles are usually healthy animals with few inherited problems and they enjoy a relatively long life.

What kind of diseases are Beagles prone to?

Beagles are not known for being quiet animals. In fact, they are known for being the very opposites. They can be loud and take their voices to the next level. The word “beagle” actually comes from the French word “begueule,” which means “gaping throat.” The reason Beagles are so loud is because of a unique ability that only the Beagle can do.

Beagles can vocalize in three different ways. Beagles have a normal bark, a howl, and a bay. You can probably imagine a howl, but if you have never heard a beagle bay before, imagine this. Imagine a dog yodeling. That’s what a bay sounds like. Beagles use the bay sound when they are hunting. But when they are angry or just being playful or stubborn, you may find that they use all three sounds to get your attention or just to get what they want.

2. All about the white tail

Beagles are well known for their distinctive white tails, but their tails tell more stories than people generally know. The purpose of the white tail is actually practical. In the days when they were used more for hunting, the white tails helped the dogs become more visible to people when the beagles had their noses in the ground while sniffing away during a hunt.

Supposedly, breeders bred the white tails into beagles for this reason. A Beagle’s tail is also an indication of whether or not the dog is purebred. All beagles have white hairs on their tails. But the concentration of hair will indicate the purebred dogs. Purebred beagles have completely white-tipped tails.

If only a Beagle could be paid for its occupation, many Beagles would be rich at this point. Because of their natural hunting and smelling abilities, Beagles are often hired as working dogs, and they are great at it, too. For one thing, beagles are often used as bug detectors. If you’ve ever dealt with bugs, you’ll know that they can be hard to see and hard to get rid of.

Beagles can easily detect bugs, and many hotels use these dogs to find the pests before an infestation occurs. For an even more serious job, the Department of Homeland Security uses beagles at airports to search luggage for various food items. Illegally imported food is one of the ways foreign diseases and parasites spread. Beagles who work for Homeland Security are known as The Beagle Brigade.

4. Presidents and their Beagles

In this case, there is only one former president worth mentioning. President Lyndon B. Johnson was known for his love of Beagles. During his time in the White House, he actually had three Beagles. His beagles were named Him, Her, and Edgar. He and She were silly names, and no one knows exactly why the former president called these two beagles as such.

The third Beagle, however, was named after the famous FBI Director J. Edgar Hoover. Hoover gave President LBJ the third pet when he and she died. During his lifetime, he had a litter of puppies, two of which were kept by President Luci’s daughter. The two beagles were named Kim and Freckles. Even after Luci left, Freckles stayed and lived out the rest of his days in the White House.

Beagles are extremely smart animals. They are constantly on the lookout for adventure and sometimes this means they have to go beyond the fence to find it. This is the reason why Beagles are known as the great escape artists among dog species. They are very talented when it comes to jumping fences or digging under a fence just to get out.

Although beagles are small, you will probably need to invest in taller fences to keep them in. Don’t even think about getting chain link for enclosures, as beagles can easily climb them. You’ll probably also need to add a sinking wire to the fences to prevent digging. And if you think a lock will fix all your escape problems, make sure you have a quality latch, as a beagle can learn to open weak latches.

Most experts disagree on the specific timeline of when Beagles first appeared, but all agree on one thing: Beagles are old. Some experts say that beagle roots go back to the Roman Empire. Others say that references to Beagles go back to 5th century Greece, where dogs similar in size to Pocket Beagles were used for hunting. 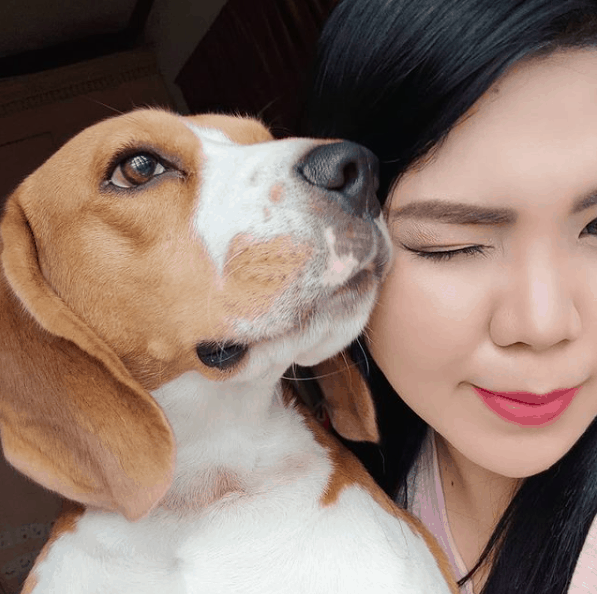 No one really knows exactly where the Beagle originated, but the modern American Beagle can be traced to a more recent time and place. The American Beagles we know today were bred in the 1860s from various strains of the English Beagle. Of course, breeders selected most only attractive varieties, and that’s how the American beagle became the beautiful animal it is now.

As cute as these animals can be, they can get pretty stinky. Ironically, being smelly dogs themselves, Beagles actually produce their own very distinct doggy odor, and it’s not the most pleasant smell.

Beagles are not necessarily high maintenance dogs, but they will shed quite a bit. Even though Beagles are short haired dogs, they still manage to shed as much as the usual shredder. If you’re not ready to clean up after a lot of dog hair, or if you don’t have a doggy smell, you may want to think twice before getting a Beagle. Otherwise, it is definitely worth it if you hardly care and are willing to do your best to have one of these energetic animals as a companion.

How much do beagles cost?

You can adopt a beagle for a much lower price than from a breeder. The cost of adopting a beagle is about $300 USD to cover the cost of caring for the dog before adoption.

In contrast, buying beagles from breeders can be prohibitively expensive. Depending on their breeding, they typically cost between $800 and $1,500.

Where can I adopt a beagle?

The easiest way to adopt a beagle would be to find a rescue that Specializes in Beagles. A good place to start would be a breed search on Adopt-a-Pet.com. The search will show you all the available beagles in your area.

Beagle Shelters and RescuesThere are animal shelters and rescues that focus specifically on finding good homes for Beagle puppies. Browse the list of Beagle rescues and shelters near you below.

Facts You Must Know About American Micro Bullies

Let Your Dog Adjust – 6 Tips Every Pet Owner Should Follow

How to Make the Relocation Comfortable for the Dog

Best Tips for Travelling with Dogs

5 Typical Problems with Dog Food Pedigree, and How to Avoid Them!

How To Choose A Boarding Kennel

5 Strange Dog Behaviors (and the Explanations Behind Them)